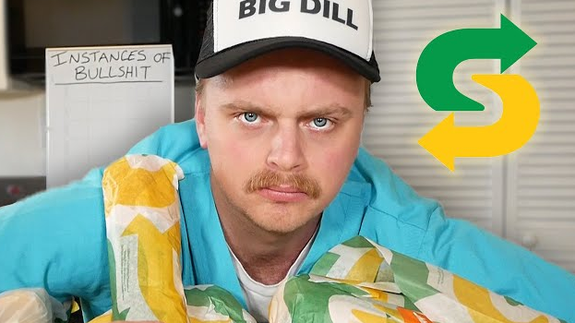 When YouTuber Gus Johnson found one too many jalapeño stems on his Subway sandwich, he decided to see if a pattern existed in the popular sub chain’s jalapeño quality.

In video uploaded Wednesday, Johnson briefs viewers with some background to his problem.

“I’ve been noticing for quite some time now, that it seems like every time I get some jalapeños on my flippin’ Subway sandwich, I’m biting into a big ol’ hard stem,” Johnson says. The time had come to investigate.

Johnson allegedly went to four Subway locations, bought a total of 20 sandwiches (all with jalapeños, of course), and recorded how many subs had jalapeño stems on them, as well as how many stems were on each sandwich. Read more…

What We Are Reading Today: The Central Asian Economies Since Independence

December 4, 2018 admin Comments Off on What We Are Reading Today: The Central Asian Economies Since Independence